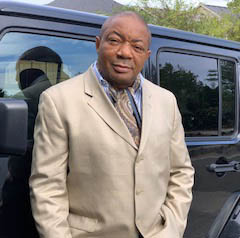 Walter Foto was born in Cameroon, West Africa. He attended and graduated from St Joseph’s College Sasse and then from Cameroon College of Arts, Science, and Technology with a Baccalaureate in Physics, Chemistry, and Biology.
Next, he attended and graduated from the University of Ibadan, College of Medicine, where Dr. Foto earned in his second year, the Common Wealth Scholarship, administered by the Federal Government of Nigeria.
Additionally, Dr. Foto won the 1500 meter Track Championship and received the Silver Medal in the 5000 meter and the 1000 meter at the Quadrangular University Games.
He held offices as President of the Foreign Students Association and Senior House Officer at the Center for Oral, Maxillo—Facial Surgery at Ring Road Hospital Ibadan.
He returned to his native country, Cameroon, and served as a dental surgeon at the Catholic Hospital, Shisong, Banso, then later at the Government Hospital Efoulan, Yaounde.

Dr. Foto Immigrated to the United States to pursue his dream to become an Oral Maxillo—Facial surgeon in 1993. He attended the University of Pennsylvania (UPENN) and graduated in 1997 with a Doctorate in Dental Medicine. He was the only student to earn a National Boards Merit Award for Academic Excellence.
He then attended the University of Washington Oral and Maxillo—Facial Residency Program, as one of two candidates from more than eighty applicants.
Dr. Foto also studied at the Zickenhuis hospital in the Netherlands, Harborview Medical Center, and Seattle’s Children's Hospital.
He graduated in 2001, then joined a private practice in Puyallup and Lakewood.

Dr. Foto brings a wealth of experience in oral surgery, implants and related surgeries, general anesthesia in all age groups, cosmetic and full scope dentistry, and facial aesthetics.
He also makes time to provide care for patients with special needs.

Thank you for Submitting your request. Our Office will get back to you.